Blog » Bill of Particulars: What Is It? And When Can You Request It?

Bill of Particulars: What Is It? And When Can You Request It? 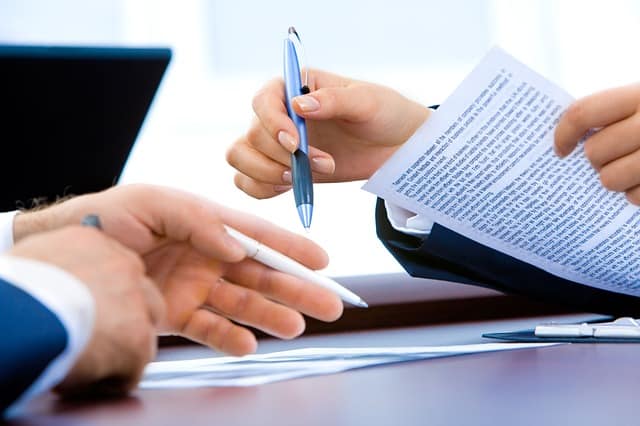 What is a Bill of Particulars?

In many cases, a favorite prosecution tactic is to file a complaint containing numerous counts where each count contains identical language. This is especially true is sex offense cases.

In a recent case, a client was charged with one count of touching a girl 8 years ago (she is now 21 years old), yet the girl claimed he touched her an “unknown” amount of times. She said in her story that she just could not remember how many times she was touched… but what do you want to bet that her story will change and by the time we go to trial she will change her story and miraculously have a very specific detailed memory. Do you think we will ever learn about all the sessions she has with the State paid counselor? Do you think that counselor stays on the State approved list if she does not “help” the prosecutors?

The defendant who is overwhelmed by all of the charges is put in a position of having to guess just what the district attorney is even alleging took place. The numerous counts with repetitive language are extremely difficult to defend against.

The defendant should never be made to face a complaint containing duplicative and repetitive language. In this situation, the defense attorney can strike back by filing a motion for a bill of particulars.

When Can You Request a Bill of Particulars?

According to the Colorado Rules of Criminal Procedure, Rule 7 (g), a Defense Attorney can file a motion for a bill of particulars. The purpose of this motion is to force the district attorney to define specifically the underlying facts alleged to have been committed within each offense charged. A bill of particulars calls for an exposition of the facts that the prosecution intends to prove and limits the proof at trial to those areas described in the bill. Here are some other ways it can help:

When addressing requests for bills of particulars, the trial judge should consider whether the requested information is necessary for the defendant to prepare his defense and to avoid prejudicial surprise. Although the trial judge has discretion in granting or denying a bill of particulars, a denial of this motion could be grounds for appeal depending on the specifics of the case.

Importance of Bill of Particulars in Sexual Assault Cases

A bill of particulars is especially important in sex assault cases where the accused faces more than one count that contains identical language. Obtaining a bill of particulars helps the defendant and his attorney secure a fair trial. By knowing the specific details to a crime, your defense attorney will better be able to prepare you and your case to be seen in front of a trial judge as well as jury of your peers.

Compare this with the prosecutor who can amend the charges as to form or substance freely at any time before the trial, or possibly during the trial while waiting for VERDICT!

Are you sure this is a level playing field? Play it safe and contact our law office today for a private consultation.

26 Comments on “Bill of Particulars: What Is It? And When Can You Request It?”

This is really interesting, You’re a very skilled blogger. I’ve joined your feed and look forward to seeking more of your excellent post. Also, I have shared your site in my social networks!
my blog http://www.gbk-bassein.sumy.ua/?option=com_k2&view=itemlist&task=user&id=34905

You ought to take part in a contest for one of the highest quality sites on the net. I will highly recommend this blog!

Its like you read my thoughts! You seem to understand so much about this, like you wrote the guide in it or something. I believe that you can do with a few p.c. to drive the message house a little bit, but instead of that, this is excellent blog. An excellent read. I will certainly be back.

at 7:48 am
Alberta Rounsevell said

whoah this blog is fantastic i like studying your posts. Stay up the great work! You understand, a lot of individuals are searching round for this information, you can help them greatly.

Thanks for finally talking about >Bill of Particulars: What Is It and When Can You Request It? <Loved it!

at 8:25 am
Athena Glasfurd said

Hello! I could have sworn I’ve been to this site before but after reading through some of the post I realized it’s new to me. Nonetheless, I’m definitely glad I found it and I’ll be book-marking and checking back often!

Hello There. I found your blog using msn. That is a very well written article. I will make sure to bookmark it and return to learn more of your useful information. Thanks for the post. I will certainly comeback.

Fantastic items from you, man. I have bear in mind your stuff previous to and you’re simply extremely great. I actually like what you’ve bought right here, really like what you’re saying and the way during which you are saying it. You’re making it enjoyable and you continue to take care of to stay it wise. I cant wait to learn much more from you. This is actually a wonderful website.

Hi! I simply want to give you a huge thumbs up for your excellent info you have got right here on this post. I will be returning to your blog for more soon.

My brother recommended I might like this blog. He used to be entirely right. This put up truly made my day. You can not imagine simply how a lot time I had spent for this info! Thanks!

It’s in point of fact a nice and helpful piece of information. I am happy that you just shared this useful information with us. Please keep us up to date like this. Thanks for sharing.

at 1:33 am
Freeman Arscott said

It’s actually a nice and useful piece of info. I’m happy that you simply shared this useful information with us. Please keep us informed like this. Thank you for sharing.

I like the helpful information you provide in your articles. I’ll bookmark your blog and check again here regularly. I’m quite certain I will learn lots of new stuff right here! Good luck for the next!

I have to thank you for the efforts you have put in writing this website. I am hoping to view the same high-grade content from you later on as well. In truth, your creative writing abilities has inspired me to get my own blog now 😉

Thanks for sharing your thoughts. I really appreciate your efforts and I am waiting for your further write ups thank you once again.

Howdy! I could have sworn I’ve been to this site before but after checking through some of the post I realized it’s new to me. Nonetheless, I’m definitely glad I found it and I’ll be bookmarking and checking back frequently!

at 3:13 am
Columbus Hunger said

Appreciate the recommendation. Will try it out.

Thank you for sharing your info. I really appreciate your efforts and I will be waiting for your further post thank you once again.

at 6:58 am
Kelley Saddler said

This is a good tip particularly to those new to the blogosphere. Simple but very precise info… Appreciate your sharing this one. A must read article!

at 7:57 am
Shavonne Pelletier said

I have been surfing online more than 3 hours lately, but I by no means discovered any interesting article like yours. It is lovely price enough for me. In my view, if all webmasters and bloggers made good content material as you did, the web will probably be much more helpful than ever before.

Outstanding post but I was wanting to know if you could write a litte more on this topic? I’d be very grateful if you could elaborate a little bit further. Appreciate it!