What is a REDDI Report?

REDDI Report, What is it and how can it be used against you? For those of you who have never heard of a REDDI report, it stands for Report Every Drunk Driver Immediately. A REDDI report is a way that citizens can report drunk drivers to law enforcement. 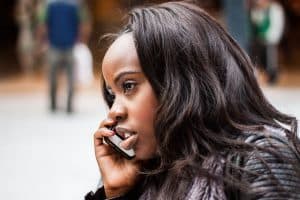 Photo by Ehimetalor Unuabona on Unsplash

How do officers determine who is reliable?

People who identify themselves are considered reliable. People who identify themselves in a REDDI report are considered “citizen informants” and are more reliable than anonymous tip because they open themselves up to legal consequences if the report is determined to be false.  In the era of technology with caller ID and smartphones, the District Attorney’s Office generally know who is making the call – whether they want to be identified or not!

For example, there is an anonymous REDDI report about a drunk driver. An officer locates the car the matches the description of the REDDI report. The officer could follow that suspected vehicle for a period of time in order to corroborate the anonymous tip with his own observations of intoxicated driving or observing a traffic violation. This second observation by the officer allows for probable cause to stop someone.

In some cases, reviewing courts across the country have determined two things 1) that reliable witnesses (individuals who identify themselves are considered high on the reliability scale) who report people who they think may be driving under the influence do not need to state details as to why they think the person is intoxicated and 2) officers need not see a traffic violation or signs of drunk driving prior to making a stop if the witness is reliable. This becomes important in issues of appeal.

The moral of the story? It doesn’t have to be an officer that observes evidence of drinking and driving. Any person on the road or just within viewing distance of any possible drunk driver can incriminate that person driving and possibly lead to an arrest.

4 Comments on “What is a REDDI Report?”

Is a REDDI report enough to warrant an arrest?

Does this number apply to to the western slope as well

Please Contact our office so we may further assist you.