Have You Been Falsely Accused of Stealing? Here’s What You Need to Know

Unfortunately, if you are accused of theft, it is best not to say anything, especially to the police. Often times if you are being questioned by a superior, the police, or an intimidating character you may nervously provide information that can be used against you. Consulting a lawyer before talking to anyone, including your family and friends, is the best way to protect yourself.

It is your constitutional right to remain silent. Also known as the 5th Amendment, you do not have to speak or reveal any information to the authorities, even when being questioned. A defense lawyer can help you thoroughly sort through the events that took place and construct the most logical way to present the information to your advantage. 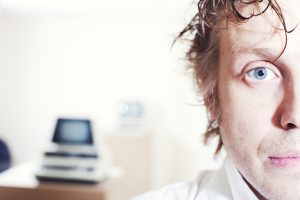 While knowingly stealing from another person or place of business is a crime, there are accounts of stealing that have been true misunderstandings. For instance, you work in construction and often bring your own tools to the job site. At the end of the day, you are cleaning up your work area and accidentally take home one or more than one of the employers or other employee’s tools. You may not even notice that the tools are not yours as they may be practically identical to the ones you own. Accusations may be made before you even realize that the personal property is not yours. Returning the property before or after being accused of theft does not necessarily free you from charges or investigation but can be in your favor when your case is reviewed.

Other accounts of cases, in which theft allegations were falsely made are not uncommon. The idea that one was just “borrowing” an item is another legit example. While having a few beers one night at a friend’s house, a friend of a friend asks you if he can borrow your ladder in casual conversation. Perhaps you respond by saying, “Sure, anytime. It’s behind the woodshed,” then go on to talk about other subjects such as your new grill and your favorite sports teams.

Many people could clearly see a situation like this as a complete misunderstanding and drop all charges. Other individuals are not as forgiving about their personal property going missing, especially if the person accused of theft has any previous criminal history. In the event you are accused of theft, contact a criminal defense lawyer immediately.

An accidental retail theft scenario could involve a person shopping who has a cart full of items including merchandise stored on the bottom of the cart. Say it was a cold day outside and the store was nice and warm, thus the patron took off her outerwear and placed it in the bottom of the cart. The cashier doesn’t notice an item covered by the jacket and the individual leaves the store without paying for this merchandise. While not everyone is caught and the right action would be to return to the store pay for the item immediately, accidental theft happens every day; sometimes you do not know it until much later. If you are being prosecuted for theft, the concept of “intent” is taken into considerate. Sometimes intent is difficult to prove, but in many cases, it is clear that it was not someone’s intention to steal.

Evidence to Prove You Are Falsely Accused of Stealing

A skilled criminal defense lawyer can help you present your personal information to prove that you did not commit the crime, or that said crime was a misunderstanding. Some solutions may be more obvious than others, a receipt for the item in question or a bank statement documenting a purchase can resolve some cases immediately. Security videos may also be helpful in proving your innocence. An alibi with a reliable witness can be called into question on your behalf. Your defense lawyer may find some information on the accuser’s end that demonstrates that the allegations are unwarranted. Whatever your situation is, hiring a lawyer to provide you with the best defense should be your top priority if you are falsely accused of stealing.

Theft in the Workplace

Theft in the workplace is more common than you might think. According to CBS news, the United States Chamber of Commerce approximates that nearly 75% of all employees steal from their employers at least once during their employment. Theft in the workplace can include minor objects such as pens, toilet paper, and office supplies to much larger and more significant items. Recently reported in The Balance Small Business online, money is the number one asset stolen from the workplace. While cash can easily be taken from a safe or cash register, missing money does not always equate to theft.

In addition to physical items being stolen within the place of work, employees can be charged with stealing information and even time. While stealing of merchandise or supplies for personal use or resale may be a little more identifiable, theft of time can include falsifying time records or using work time for personal business instead of company business. Stealing of information including the company’s records, trade secrets, or information about other employees is also considered theft in the place of work. Again, some of these incidents of theft could clearly be misunderstandings or considered a petty crime.

In the state of Colorado if you are being charged with theft valued under $500 your alleged crime may be considered petty theft. If said stolen items are valued between $500 and $1000,  the crime may be a Class 1 Misdemeanor.

Theft, even petty theft, can come with serious consequences. Depending on your jurisdiction, a minimum sentencing of six months, as well as a $500 fine, can be applied to theft charges. The maximum sentencing for minor theft allegations can include fines as much as $5000 and 18 months in jail.

An experience theft attorney can assist you in possibly having the case dropped if you are a first-time offender and the crime is nominal and nonviolent. Having a clean record is always in your favor. If you do not have a past criminal history, a judge is more likely to suspend your sentence. A suspended sentence essentially means that you do not have to serve the recommended jail time as long as you complete your probation without any conflict. The expense of the lawyer, court costs and fines are still relevant even if a case is dropped or suspended.

If the case is not completely dropped, your defense lawyer may be able to have you assigned community service in lieu of jail time. In addition, if you are not sentenced to jail time, you could be sentenced to probation alone or with community service. Furthermore, if you have any previous criminal history, especially concerning theft, the severity of the crime can be considered a felony with a potential of a much longer sentence, such as 3 years in prison.

Accusations of theft or any crime can be devastating to your personal life. The stigma of being someone who steals can affect friendships and other relationships as well as the ability to be hired or trusted in a professional setting. A criminal defense attorney can help minimize your situation and help prove your innocence.

Whatever your predicament is, if you are accused of theft, remember do not talk to anyone before you’ve contacted a defense lawyer. Reach out as soon as possible to better establish a best-case scenario for your situation.

1 Comment on “Have You Been Falsely Accused of Stealing? Here’s What You Need to Know”

I have lost my job after being accused of theft at work when a coworker who had to of stolen took them to our manager staing that i stole them. I was never questioned until 5 days later and was fired. I did not commit this crime yet i was fired.