All domestic partnerships have their ups and downs. Verbal debate and banter or the occasional heated argument and yelling may be in the realm of normal in some relationships. Other couples and relationships may be naturally more physical in how they connect whether it’s lovingly with hugs and kisses or aggressive with pushing or a slap on the arm.

Only you can define what is acceptable or unacceptable in your relationship. Accidents happen and people make mistakes. What classifies an action as domestic violence or abuse? People can be falsely accused, especially in cases of revenge, custody, or when financial matters are concerned. 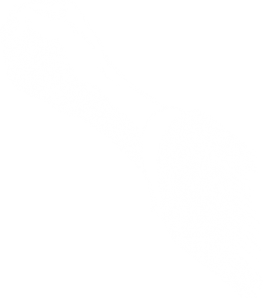 Domestic Violence is a serious accusation, especially in the state of Colorado. The National Conference of State Legislation outlines the definition of domestic abuse and the defined “relationship” in which it occurs for every state.  According to this document, in Colorado, “domestic abuse” involves any act, attempted act, or threatened act of violence to another person, personal property, or any animal.

Beyond physical harm such as hitting, kicking, pinching, slapping and so on, domestic violence further includes harassment, stalking, coercion, reckless behavior, acts of revenge, and intimidation. A simple annoyance such a calling someone and hanging up on them can be qualified as harassment that can lead to a domestic abuse claim.

Colorado, along with just a few other states, implements a Mandatory Arrest Policy for all accounts of suspected domestic violence. This law was established to protect and prevent victims from being harmed. Even if the “victim” claims no harm and does not want the alleged perpetrator arrested, the police are required by law to incarcerate the violator if there is any indication of abuse.

While zero tolerance for violence should be praised, the mandatory arrest policy sometimes complicates simple disputes and misunderstandings. Furthermore, consequences such as arrest without bail until seen before a judge and a minimum 7-day restraining order is an extreme punishment for someone who has a viable explanation and is ultimately innocent.

The aftermath of just being suspected of domestic violence in Colorado can interfere with one’s life greatly. Having access to personal property such as a vehicle or clothing to go to work, a place to live until the restraining order is dismissed and relationships with children can suffer while your alleged domestic violence case is being processed.

Again, the laws were created to protect victims because real victims claimed there wasn’t any harm to avoid even more injury from an abuser. But there are plenty of circumstances that allow the law or said “victim” to intentionally or unintentionally damage the life of someone falsely accused.

Obviously, most resources concerning domestic violence are going to be geared toward the victim. Whether you are falsely accused or not, domestic violence resource programs can aid your domestic partner and family until and after your case is settled. Programs such as Violence Free Colorado coordinate support groups for children, emergency housing, advocates, and welfare information for victims of domestic abuse and individuals in need.

The National Domestic Violence Hotline is another amazing resource. Available 24 hours a day and 365 days a year, this national phone service connects you with a supportive, trained, and confidential individuals to assist you. Experienced advocates from the National Domestic Violence Hotline can provide you or your family with local resources and information and speak candidly if you are questioning unhealthy aspects of your relationship.

While the victim of domestic violence can be either a man or a woman, it is statistically proven that women are most likely to suffer from domestic abuse. In cases where an individual may be falsely accused for example, during a separation, an angry ex-wife might exaggerate a minor conflict as domestic violence to seek custody of children, the residence, or just plain seek revenge. Hearsay alone is not evidence of abuse and documentation of said accusations is necessary to be charged guilty of such a crime. The prosecutor must establish a case that clearly shows “beyond reasonable doubt” that the alleged charges are true. On the other hand, not having sufficient burden of proof may lead the defendant to a not-guilty verdict or drop the case.

Document or recall everything that happened to the best of your ability. If you are being accused of domestic violence it is possible that your partner has harassed or afflicted you with domestic violence as well. Any kicking hitting, pinching, or verbal degradation can possibly be used against them. If the acts of violence are not an effort of self-defense, it may be possible to show that both individuals had equal parts in negligence and hope to have the case dismissed or resolved. Couples or individuals may be recommended to pursue therapeutic counseling to resolve issues outside the court.

How Can Friends and Family Help

Having witnesses can be key in proving that you have been falsely accused. There are always at least two sides to every story, so establishing a credible account of all events that took place and having eye-witnesses to support your case can lead to a not guilty verdict. Friends and family members can provide statements that show both parties are contributing factors in the matter.

Additional character references from co-workers, volunteer groups, and family members can aid in the legal process. Furthermore, if a family member or friend can testify to prove that the alleged charges were made out of spite or revenge, the case may be dropped altogether.

What to Do If You Are Arrested for Domestic Abuse: Especially if You Are Falsely Accused

Remember, “You have the right to remain silent. Everything can and will be held against you in a court of law.” Unfortunately, anything you say can be used against you, so until you have a qualified lawyer on your side, your best option is to say nothing. If you are arrested for domestic violence-related charges, get legal assistance as soon as possible.

Once you’ve made bail, you can take further legal action with your lawyer. Follow the law and abide by the restraining order. Do not contact the victim or attempt to see them; whatever restrictions have been placed on you due to your circumstances, it is best that you adhere. Any deviation of the law following your arrest, whether it is related to the alleged charges or not can only cause further harm to your case.

It is possible to be falsely accused of a crime such as domestic abuse. And though false claims of violence are often difficult to prove, the right lawyer, with the right information, can help clear your case. Reach out to a qualified, competent, and confident lawyer immediately if you have been accused of domestic violence. The sooner you act the better chances you have of getting the help you need.

Hello Mr. Colin I was recently charged with a domestic violence and falsely accused. My wife of 16 yrs is on my side all the way even tho she is the supposed victim. The police department and officers were joking n laughing whole threatening my wife with the charges they gave me. I really need representation on this matter. Please feel free to contact me at 7202789834 Toby Lovato