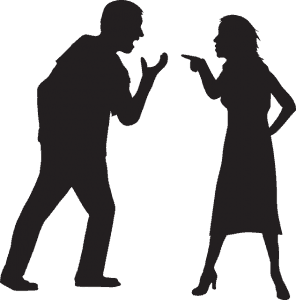 According to Psychology Today, over 3 million incidents of domestic violence are reported each year. In fact, they also claim that in the United States nearly 20 people every minute are physically abused by an intimate partner. But remember, abuse isn’t always a physical injury. This article will explore the following:

Domestic violence is not limited just to person to person crimes. Criminal actions such as destruction of property or violence toward animals as a means to control, coerce, punish, or intimidate the victim are also classified as acts of domestic violence.

While most perpetrators more than likely suffered from abuse themselves, anyone can be an abuser. No matter one’s economic status, culture, gender, or religion; domestic violence is prevalent everywhere. Domestic violence may present itself in many different forms such as psychological trauma, emotional and verbal abuse as well as physical violence, and sexual assault. The occurrence, severity, and type of abuse may drastically vary; but overall, the violator is seeking control and uses force to maintain power in the situation.

Domestic violence in the third degree is the lowest form of domestic abuse. Third degree domestic violence can involve anything from pushing, kicking, biting, hitting and throwing objects at the victim. The act of injury or infliction of pain could be as simple as a pinch that bruised.

Third-degree domestic violence, in most states, is considered misdemeanor. Class A misdemeanors can be punished with jail time for up to one year and three years probation. The details of the case are taken into consideration and if the crime is minimal, the defendant may only have to pay a fine. If multiple reports of violence continue to occur, jail time is more likely.

Again, like third-degree domestic assault, second-degree domestic violence involves a perpetrator knowingly causing or attempting to cause physical harm to a person in which the violator has or has had a relationship with, such a family member, spouse, or individuals in a shared living situation.

Reckless behavior resulting in injury is also considered domestic violence. If the abuser is enraged and throws a chair not necessarily intending to injure the victim but ultimately does, a judge or jury (if the incident goes to trial), can assess the damages and interpret the intent.

Most perpetrators are not one-time offenders and have a repeat history of violence, crime, or substance abuse. Although this is not always the case, numerous experts have documented second-degree domestic abuse to be cyclical. If the victim suffered injuries that required medical care, the perpetrator may be responsible for covering the cost of medical bills as part of restitution.

Any level of domestic violence charges will automatically result in the loss of the right to use or own a firearm. If convicted, consequences could include jail or prison time as well as mandatory counseling, anger management and possibly a substance-abuse program. If a person is being charged with a crime, such as harassment or disturbance of the peace, with domestic violence enhancement for the first time and has no prior criminal record they are still mandated to complete therapeutic recourse but may not have to be incarcerated. Counseling programs for perpetrators are usually 36 weeks. Each case is unique and the details of the crime contribute to the severity of the punishment.

The most severe level of domestic abuse is first-degree domestic violence. This level of abuse can involve the intent to cause “great bodily injury” to the other person. Any use of a deadly weapon can bring assault charges to the first-degree level. In Colorado, assault in the first-degree is constituted as a Crime of Violence (COV) and has a mandatory sentencing.

The state of Colorado has a mandatory arrest policy concerning domestic violence. If the police have been called and probable cause indicates domestic abuse has occurred, the police are obligated by law to arrest the perpetrator no matter what the alleged victim claims and no matter how minor the evidence. The violator will then be taken into custody.

Even if the victim or person reporting the crime does not want to proceed, the police can arrest the perpetrator and a warrant will be issued. The court will then declare “reasonable terms” for bond and schedule an evaluation by a judge.

Depending on the severity of the crime and additional details associated with the domestic violence, “reasonable terms” for bond or probation will be defined. Until the case is complete, the court can impose conditions such as:

The mandatory arrest law was designed to protect victims that did not want to press charges because they were afraid the violator might further harm them. While this policy is effective in many ways, it has its flaws. If there are claims of domestic violence against you, immediately contact an experienced domestic violence lawyer for a consultation.

Trial Without A Victim

In some cases of domestic violence allegations, the victim may refuse to testify. It is not uncommon in sexual assault cases, gang-related violence, and even elder care abuse for the victim to want to remain silent and not press charges to protect themselves from further harm and avoid public humiliation.

If someone such as a neighbor or bystander witnesses and reports the crime, the presence of the victim in court may not be necessary to proceed with charges. Also, if a victim calls 911 or confesses to a mandated reporter the recording of the phone call or written documentation of the victim’s testimony are more than likely going to be admissible in court, even if he or she refuses to testify in court.

Claims of domestic violence are not taken lightly and laws have been developed to prevent dropping of a case if there is reason to pursue justice and protect someone from being harmed. If the claims do not seem serious and the perpetrator does not have any history of violent crimes, in addition to the fact that the victim does not wish to testify or press charges, the judge can rule to drop the case.

Can Domestic Violence Charges Be Dropped or Dismissed?

Overall, in any state, once charges associated with domestic violence are set it would be extremely difficult to have them dropped. In the state of Colorado, while the Victim’s Rights Amendment requires that the prosecutor work with said victim on how to handle the case, other laws have also been established to prevent prosecutors from terminating or dismissing most cases of domestic violence even when the alleged victim does not want to pursue criminal charges and/or the actions were a minor offense.

In a few cases, domestic violence charges were dismissed when the alleged victim insists on dropping the case and the defense attorney can clearly argue weaknesses in the story. Under certain circumstances, “this was all just a misunderstanding” is a viable answer. Domestic violence is serious and although not completely impossible to dismiss; essentially once a domestic violence associated charge is in place it cannot be removed and must go to court.

If A Domestic Violence Restraining Order is Violated

Can A Restraining Order Be Lifted or Modified?

Restraining orders are often necessary in domestic abuse situations to protect a victim from a perpetrator. Although there have been documented circumstances in which restraining orders were put in place to manipulate a condition against one person. In such incidents as divorce settlements and child custody battles, restraining orders may have been wrongfully placed to tarnish one’s credibility as leverage for a case. If this can be proven, the defendant can request the court to lift the restraining order by filing a Motion to Lift the Restraining Order or a Motion to Modify Conditions of Pretrial Release.

Being accused domestic violence can be socially devastating. The stigma associated with possible abuse can affect your life in many ways. While domestic violence is never acceptable, there are therapeutic treatments available for individuals that suffer from anger issues as well as substance abuse that may contribute to domestic abuse.

Having an experienced attorney that is knowledgeable and skilled specifically in domestic violence defense is critical when facing charges of such criminal assault. If you need help defending your case or need to seek legal advice from a professional regarding domestic abuse, assault, or other related criminal actions reach out immediately.