Criminal Defense for Women: Accused of Murder but Acted in Self-Defense

Many women in abusive relationships often suffer years of emotional and physical violence. Violent relationships are often difficult to leave for fear of one’s life. The abuser can be controlling and manipulative in the relationship and endangerment can be increased if the woman attempts to leave. 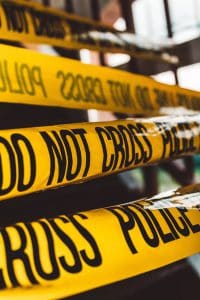 While many women have struggled for years living with or trying to escape an abusive partner others find themselves attacked by an unknown person. Some women are victimized in parking garages, parks, or on the side of the road stranded seeking help.

While these women have not suffered continuous fear and torment from an abusive partner, they are often put in a life-threatening situation. The threat of rape, robbery, or homicide could easily lead to the victim to retaliate forcefully to protect themselves. Turning the attacker’s own weapon back on them, pushing them down a flight of stairs, or running over the violator with your vehicle may have been the only way out of a situation. Whether you are in an abusive relationship or have been violated by a stranger, the victim may respond to a physical or verbal threat in self-defense.

Self-defense is the act of defending oneself, a close relative, or one’s property by using force. Grievous harm, the most severe form of assault or bodily harm and deadly force ultimately ending in homicide are extreme responses to threats, violence, and abuse but can hold up in a court of law.

The right to self-defense can be applied to many situations – a mother protecting her children or herself, an onlooker protecting a victim from serious crime or injury, or protecting yourself from harm or violence.

Although the percent significantly varies, 40 to 80 percent of females convicted of murder are reported to be acting out of self-defense. If in fact, intimate partner homicide is committed as a result of self-defense – criminal law acknowledges justifiable homicide. With significant evidence and information, the accused murderer can be protected and exempt from murder charges.

In the United States, non-criminal homicides have been considered admissible in court when committed to prevent serious or life-threatening crimes such as manslaughter, rape, and armed robbery.

Building Your Case For Self-Defense With Details

As previously mentioned, nearly 30 percent of women who are murdered are killed by their domestic partners, while only 4 percent of men murdered whereby their female partners. And that can lead to the question, “Was it out of self-defense?”.

Many women who are being tried for murder, or malicious harm of an attacker or abuse, do not have criminal records. Men, on the other hand, who are convicted of homicide of a partner often do. Both the victim and the abuser may have been abused as children, live in poverty, or involved with drugs. Knowing the intimate details of an individual’s case is a key element in defense.

Each case of self-defense ending in homicide is unique. Whether you were attempting to prevent an armed robbery, attacked while walking home one night, or responding to a long-term abusive partner; your criminal defense lawyer will want to collect as much information about the situation as possible to prove your actions were necessary and justified.

In a criminal case of justifiable homicide, the judge and possible jury are going to expect to hear about the ways you tried to escape or circumvent the confrontation. Your duty to retreat before taking the matter into your own hands helps build the case that you did everything possible to avoid the conflict, escape to a safe place, and contact the police. All information leading to conclude that you could not escape lends to a justifiable homicide case. 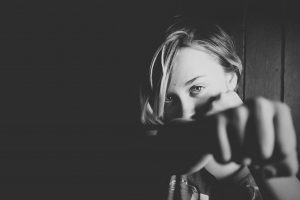 Photo by Timothy Eberly on Unsplash

The best possible defense for a justifiable homicide is that there was no other possible option to escape serious harm or death itself. This may include protecting someone else from grievous harm, rape, or murder.

In many cases of being attacked, the victim reacts immediately to protect themselves. Shoving an attacker down a flight of steps leading to their death can be a reasonable response. It was not your intent to kill the person only free yourself from being harmed.

Whatever your particular situation is, the prosecutor will inevitably argue that there was a less drastic measure; but additional details such as if the attacker has a criminal history and your background information all contribute to building your case.

Being accused of a serious crime can be frightening, especially if you were only protecting yourself and your family. Having a competent defense lawyer is necessary to collect your information and present your case in a way that best represents the truth of your situation.

A free consultation is a great way to meet your criminal defense lawyer. Ask questions and interview them to be sure you are selecting the best person for the job. If you don’t already have a lawyer and need one, consider contacting our office for a free consultation.