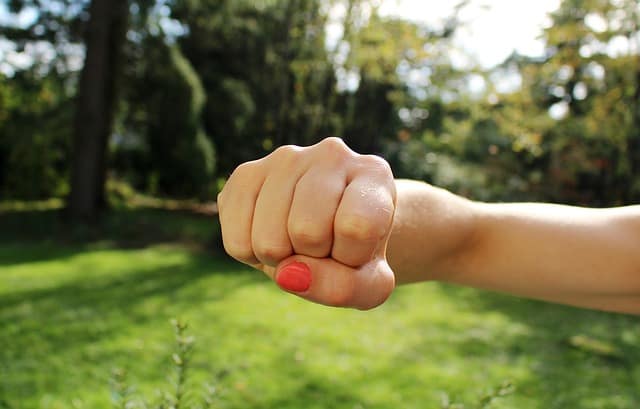 Understanding the varying degrees of Colorado’s assault laws doesn’t have to be an overwhelming challenge. If you or someone who know has been charged with assault, the Law offices of Colin Bresee can help! We believe it’s important for you to know as much as you can about assault charges, the elements involved, and the different degrees of assault. We’ll tackle the varying definitions of first-, second-, and third-degree assault, the penalties involved, and any other information that would help protect you or someone you love in the event of an assault charge.

The Three Degrees of Assault

We often hear “assault and battery” in the same phrase, but it’s important to know that they differ and are not necessarily always present together at the same time. While often used in conjunction, they are distinct terms for distinct situations, and should be treated as such.

In Colorado, the technical definition of “assault” is “to either intentionally, or through reckless behavior, inflict bodily harm or injury on someone, whether through violent physical contact or with a weapon.”

“Battery,” (sometimes referred to as “menacing” under Colorado law), is defined as “inflicting or causing fear of immediate bodily injury through threats, whether verbal or physical.”

In a nutshell, the term “assault” refers to the actual infliction of injury, as opposed to threats or menacing actions, which would be classified as “battery.”

Assault charges can be defined in three degrees. Each one carries a unique penalty according to the level of injury to persons. The law is not concerned with whether or not the actions were intentional or simply from reckless behavior – the punishment for the level of injury remains the same unless the case is found to fall under the “Self Defense” category.

Whether the assault is first-, second-, or third-degree will also depend on whether the harm inflicted was determined as “serious bodily injury” or “bodily injury”. The difference between the two can mean a completely different sentence length if convicted, and a different criminal record. Serious bodily injury is required for a first-degree assault charge and is defined as an injury that results in serious risk of death, disfigurement, protracted loss, or impairment of any function of the body, whether organs or other parts. This includes broken bones, second and third-degree burns, and fractures.

Bodily injury also pertains to second and third-degree assault charges, and generally means physical pain, illness, or any impairment to physical or mental function. This can literally mean, “you pinched me and it caused me pain.” It can be very minor and doesn’t even require medical attention.

Let’s take a look at the three degrees of assault in Colorado, and how each one is defined.

First-Degree Assault In The State of Colorado:

First-degree assault is considered to be the most serious in the state of Colorado and is a felony. This type of charge is leveled against someone if they knowingly caused another person serious injury, disfigurement, or disability. This term also applies even if the serious harm was inflicted unintentionally – behavior that displays a complete lack of respect, consideration, or regard for another human life and results in serious bodily harm can also be placed under the first-degree assault category. Known as aggravated assault, first-degree assault charges can also be brought against someone if they knowingly used a weapon to harm or threaten a police officer, firefighter, paramedic, prison employee, or other protected personnel in the performance of their duties.

You can be charged with First-Degree Assault in the State of Colorado if you:

First-Degree Assault is considered a Crime of Violence, classified as a Class Three Felony, and can be punishable by a minimum of six years in prison. If you were provoked or engaged by the person into committing the assault, the term “Heat of Passion” will be used to mitigate your actions. This would lead the attorney to file the assault charges as Second-Degree Assault instead of Third, and lessen the penalties, usually decreasing the sentence to a minimum of two years.

If the case can be filed under Self Defense, which would defend your innocence in light of the fact that in order to protect yourself from harm, you had to carry out an assault or inflict injury on another person.

Second-Degree Assault in The State of Colorado:

What differentiates Second-Degree Assault from First is the level of bodily injury – serious/potentially deadly harm inflicted on someone else classifies as First, and Second-Degree Assault, while still involving bodily harm, pertains to less than deadly injuries. The definition of bodily harm/injury includes physical pain, illness, cuts, abrasions, burns, bruises, or disfigurements, impairment of a bodily function, organ, or mental function, no matter how temporary. Second-Degree Assault is still prosecuted as knowingly or recklessly causing someone else bodily harm, and also includes causing harm to a protected employee in the performance of their duties.

In addition to the above, a Second-Degree Assault charge also applies if you administered drugs to someone without their consent in an attempt to cause impairment of any bodily function.

In the State of Colorado, you can and will be charged with Second-Degree Assault if you:

Actions 1-4 are considered Crimes of Violence and means that there will be a mandatory prison sentence involved if the assailant is convicted.

Under Colorado State Law, Second-Degree Assault is a Crime of Violence and a class four felony. Penalties include a mandatory minimum of four years in prison. If the crime is deemed a result of Heat of Passion, much like First-Degree Assault, the sentence can be reduced to a minimum of 15 months.

Third-Degree Assault in The State of Colorado:

In the State of Colorado, Third-Degree Assault is defined as causing bodily injury, whether recklessly or knowingly, with a deadly weapon. Intentionally harassing, threatening, or injuring a police officer, firefighter, or other protected employee with a dangerous weapon or substance is also punishable under Third-Degree Assault.

According to the State of Colorado, Third-Degree Assault is considered a class 1 misdemeanor. Depending on the nature of the crime however, the incident could be termed high risk, and the sentence could include two years in prison. This depends on the discretion of the judge, and a few other considerations – whether it was a first offense or a second of a similar nature to the first, and whether or not the circumstances surrounding the violent actions mitigated or justified it. If the charges fall under domestic violence, the penalty will most likely include mandatory domestic violence classes. It’s important to note that domestic violence is itself not a criminal charge, but rather a sentence enhancement to an already underlying charge.

There are four factors that judges will consider if you’re facing an assault or felony conviction in Colorado. Did you use a deadly weapon? What was your state of mind? What was the extent of the victim’s injuries? And was the victim a public official?

1. Use of a Deadly Weapon

Many things can be considered a deadly weapon. Firearms and knives are obvious, but there are plenty of household and non-household items that would fall into this category, as well, depending on the situations surrounding the case.

The most blameworthy state of mind is that in which the defendant clearly had intent to cause harm. Reckless behavior is a bit lower on the penalty scale, and criminal negligence is the least serious state of mind.

4. Status of the Victim

If the victim was an on-duty official—such as a peace officer, firefighter, EMT, judge, or jail staff member—you may face harsher penalties than if the victim didn’t fall into any of these five categories. An assault might otherwise be considered a misdemeanor, given the victim wasn’t an on-duty official. If the person was a peace officer or firefighter, for example, that could change the charges from a misdemeanor to a felony.

Summary of Assault Laws in Colorado

When it comes to understanding Colorado’s assault (and battery) laws, you need concise and educated answers from people who know the statutes and how to best help you or your loved one in a sticky situation. Colin Bresee is a leading assault attorney in the State of Colorado, and provides better awareness of the charges being brought, offers support and better understanding in the event that the court imposes “reasonable terms”, and works with you to create the best plan for dealing with an assault charge. Never hesitate to contact our offices with any questions or concerns. If you or a loved one has had an assault charge brought against them, it’s important that you know you have the best assault attorney by your side.

My caregiver paid by the State & she’s my daughter beat me up on August 19th. I have Cerebral palsy & R.A. as well as other medical conditions. I couldn’t get up she had me pinned in my chair until her husband pulled her off me. What charges could be filed. Is it a felony to beat up a person at risk. I received multiple injuries

Please notify the police in your district.