If You Get Charged with Sexual Assault in Colorado, What Happens? 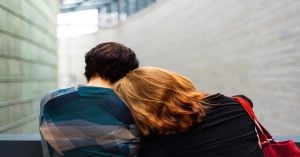 Photo by Külli Kittus on Unsplash

Felony sexual assault crimes are a very serious charge. Often, it doesn’t even take that much evidence to successfully accuse someone of a sexual offense. It is as simple as pointing a finger and saying he/she did it. There doesn’t need to be physical evidence, DNA evidence, or even witness testimonial. You can deny all you want but until you give police the answer they want, or even if you never do give them the answer they want, the charge alone is enough to make a substantial impact on your life. Let’s go over felony sexual assault, what the prosecution will try and prove if you ever end up in a trial, and what the impact is if you are convicted.

What is considered “sexual assault” in Colorado? Here’s what defines it:

Depending on what exactly you are charged with, the prosecution has to prove you did one or many of these things at any point in time. However, simply being accused is enough to land you in prison for the rest of your life. Read on to learn about the sentencing for this crime.

The first thing to know about sexual assault sentencing is that these charges fall under “indeterminate sentencing.” That means, that depending on the crime, and the presumptive range for that crime, you will be serving the minimum of that range up to the rest of your natural life. This means that only after a certain amount of time are you even eligible to be on parole, and every year after. Just because you are eligible does NOT mean that you will be accepted. You can believe that when you are sentenced to an indeterminate sentence, you will be serving the majority of that sentence. This means it is very likely you will spend the rest of your life in prison. This is only one of the many reasons why sexual assault charges are such a serious matter, not to mention life after being registered as a sex offender.

Most sexual assault crimes are sentenced consecutively. This means that for every count that you plea, or are found guilty on, you will serve each sentence one after another. For example, if you are found guilty on 3 different counts of sexual assault, you will be serving the first sentence, and then once that is over the second one begins, etc. This can significantly impact the amount of time you spend in prison.

Now, concurrently is a possibility, but usually only for lower-level sexual contact charges, not for felony sexual assaults. “Concurrent sentencing” means you can serve all of your counts at the same time. So if you get five years for four different counts, you can serve a total of five years and satisfy the concurrent sentencing order for each count.

Can a Married Defendant Still be Charged with Sexual Assault?

Yes. A defendant can not claim there was no crime because he or she was married to the victim at the time the sexual assault occurred. There are exceptions in some cases, which might allow, for example, married couples to avoid statutory rape charges.

What are the Penalties for Sexual Assault in Colorado?

Because sexual assault is a felony in Colorado, it carries still fines and penalties. Penalties for rape and other acts of penetration and/or intrusion can include:

If “aggravating factors” are part of the assault, they can increase Colorado sexual assault penalties to as much as, or even more than:

“Aggravating factors” can include the following:

Determining what kind of penalties apply to a sexual assault crime is largely defined by what category of sexual assault it is and the underlying facts of the crime. Contact our office for a consultation on your unique case. M. Colin Bresee is an experienced attorney. He not only knows how to defend these kinds of charges, but he knows how to prosecute them as well, giving him an edge in the courtroom. Don’t let these charges determine the rest of your life. Get a jump on the damage and find a lawyer that can represent you and your family.

Follow the links below for more information about this topic.