When it comes to DUI and marijuana, there’s no better resource for information than the law offices of M. Colin Bresee. As an experienced criminal defense lawyer, he’s written several articles about marijuana DUI laws in Colorado, which you’ll find here. Read on to learn more about your rights under the laws of the state, then be sure to schedule a consultation with our team so we can better understand your specific case. We’re here to help fight for your rights. 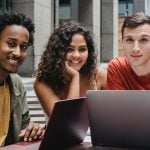 The bill to mandate Colorado’s new felony bill for multiple DUI’s passed the House Judiciary Committee on Thursday, February 5, with a vote of 13-0.  Colorado is one of only 5 States left that does NOT have a felony DUI-

The Colorado Legislature has made several important changes to the Driving Under the Influence (DUI)  and Driving While Ability Impaired (DWAI) laws as they related to the Colorado Department of Motor Vehicles (DMV).  These new laws go into effect on-